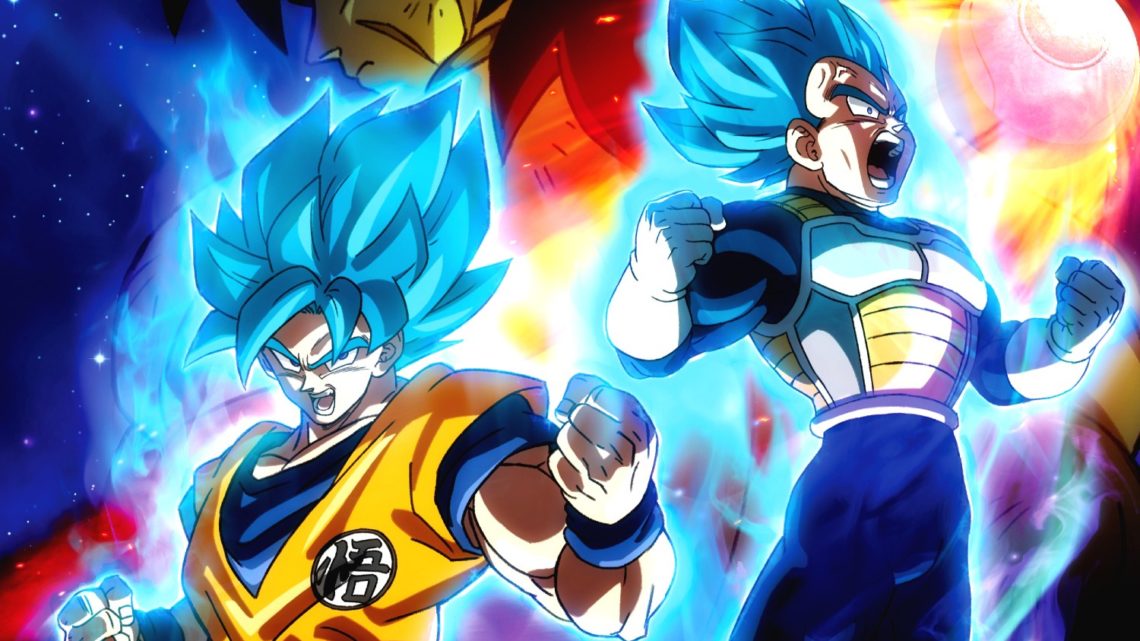 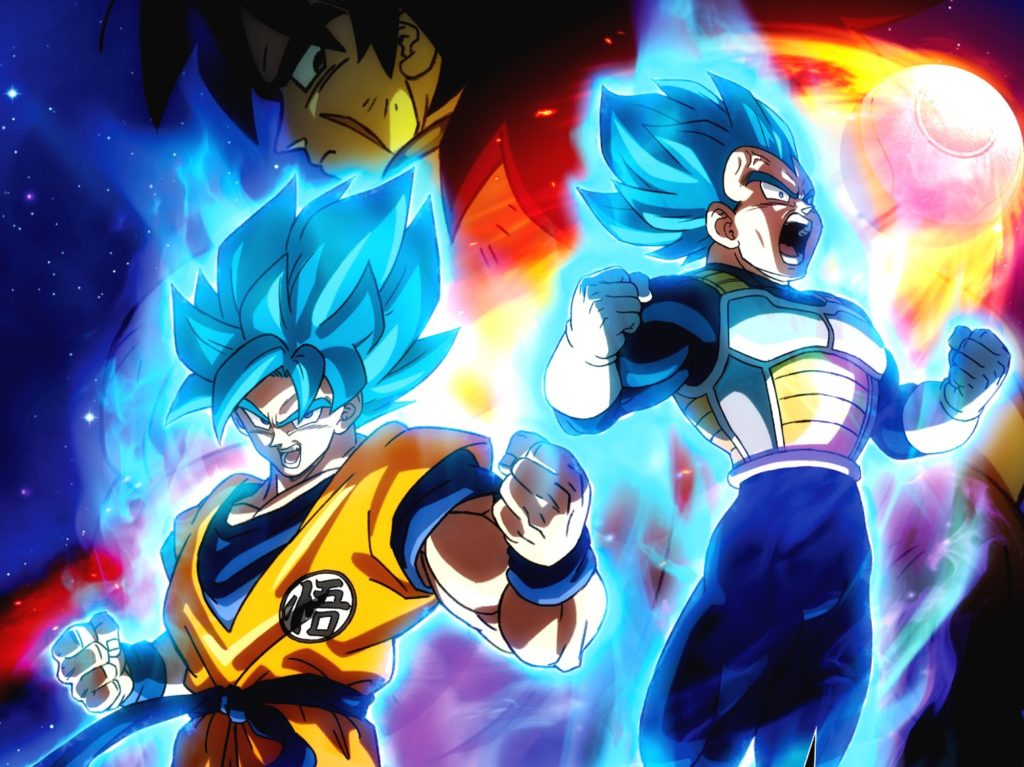 The Tournament of Power has certainly introduced strong warriors in every existing universe such as Jiren, Toppo, Hit, Frost, and the Universe 6 Saiyan warriors such as Cabba, Caulifla, and Kale. Other DBS characters that are worth mentioning are the Universe 10 Supreme Kai apprentice Zamasu and his counterpart Goku Black.á

Here are the top 10 awesome Dragon Ball Super fights that we have seen in the series so far.


The introduction of Beerus the God of Destruction had drastically defined the Dragon Ball universe. The fight between Son Goku and Beerus opened us to a wide range of characters from another universe (12 of them, actually).

The fight between Son Goku and Beerus introduced us to the concept of Super Saiyan God. The last power-up Goku ever achieved was during the Majin Buu saga, which was the Super Saiyan 3. The problem with Super Saiyan 3 was Goku had to exert a lot of energy to transform. Although he was very powerful in this form, he can only maintain it for a short period of time.á

According to the legend, the Super Saiyan God will appear if five Saiyan warriors poured their energy into one noble warrior. Vegeta, Son Gohan, Son Goten, Trunks, and Videl transferred their energy to Son Goku and made him a Super Saiyan God. The result was an energy level that was never been perceived before. This put Son Goku on the level of the Gods.


When the twin Gods of Destruction Beerus and Champa decided to have a tournament, one of the fighters that piqued Son Gokuĺs interest was the Universe 6 assassin Hit. Hit was able to manipulate time by skipping it forward to gain an advantage against his targets and opponents. This was the fight where Son Goku was able to use his Kaioken to augment his Super Saiyan Blue form. The result was truly unprecedented. Goku was able to defeat Hitĺs Time Skip. Unfortunately, Son Goku was not able to use Kaioken for an extended period of time because of the strain it gives his body therefore, he forfeited his fight. Hit was then declared the winner by default.


When Future Trunks went back in the present timeline to seek his fatherĺs help, it became apparent that the future timeline was once again in great danger. He even mistook Son Goku for the villain that was terrorizing his world. As the story unfolded, we have learned that the villain was none other than the Universe 10 Supreme Kai apprentice called Zamasu. In his attempt to become stronger than Son Goku, he wished on the Super Dragon Balls to steal the Saiyan warriorĺs body and claimed it as his own. When Zamasu attempted to recreate the Super Saiyan transformation, he was able to achieve a whole new form ľ the Super Saiyan Rose.

Before the conclusion of the Tournament of Power, Vegeta and Toppo showed the audiences what it makes a God-level fight awesome. While the Universe 7 Saiyan prince doesnĺt have the power of a God of Destruction, he was able to eliminate Toppo out of the ring.á

The introduction of Ultra Instinct is perhaps the pinnacle of all fighting sequences in Dragon Ball Super history. Ultra Instinct is a high-level fighting technique that not even all Gods of Destruction were able to learn. According to the Angel Whis, Ultra Instinct is where the body reacts independently during intense battles. This is particularly difficult to achieve as any fighter cannot easily avoid thinking about how to defend and attack.á


There are plenty of good fights in Dragon Ball Super. However, these top 5 fights are the ones that introduced another possibility in the series.á

Here are other noteworthy fights in the Dragon Ball Super that are exciting to watch:

When things got worse in the alternate universe where the future Trunks came from, Son Goku, together with the Angel Whis and God of Destruction Beerus searched the 10th universe for the energy matching the one Goku Black is using. When Goku engaged Zamasu in a sparring match, the apprentice Supreme Kai inadvertently raised his energy level in order to defend against Gokuĺs attack. At that point, Goku learned that Zamasu and Goku Black have the same energy signature. This confirmed their suspicion about how Goku Black possessed God-like energy and how he was able to travel in time.

During the Goku Black arc, it was Trunks who valiantly fought against Goku Black and kept him at bay, even for a short while. Whenever Son Goku and his father Vegeta get injured in battle, Trunks was always able to step up and raise his energy level high enough to deal significant damage to both Goku Black and the immortal Zamasu. Trunks was even able to achieve a higher form that is quite stronger than a Super Saiyan 3 during the fight.

When the Omni King learned about the unauthorized tournament held by Beerus and Champa, he decided to hold one where all fighters in the multiverse can compete against each other. While the details of the Tournament of Power such as the rules and the size of the battle arena were being finalized, the Grand Priest called Universe 7, Universe 9, and Universe 11 for an exhibition match. The culmination of the exhibition match was between Son Goku and Toppo ľ a candidate for Universe 11ĺs next God of Destruction. Son Goku also managed to shock the spectators by showing his God-level energy and used his Super Saiyan Blue to keep Toppo at bay.

Although the match was totally shocking and awesome, the Grand Priest has decided to put it to an abrupt end, claiming that one of the fighters would end up dead before the real tournament can begin.

One of the exciting moments of the Tournament of Power was the fight between Hit and Jiren. After Son Goku was utterly defeated by Jiren for the first time, Hit stepped up and fought the Universe 11ĺs strongest warrior. At that point, not even Hitĺs Time Skip was able to keep Jiren at bay.

The fight between Son Goku and Kefla is certainly one of the best fights in Dragon Ball Super. When Goku was cornered by Keflaĺs extraordinary power level, he unconsciously used Ultra Instinct for the second time. According to Whis, the shock of Keflaĺs power level made Goku break through his limits once more. While Kefla was able to increase her power levels to deal significant damage against Son Goku, the Ultra Instinct prevented the fused warriors from breaking him. Goku was able to defend himself and deal the final Kamehameha which eliminated Kefla from the battle arena.


Dragon Ball Super was able to renew our interest in the franchise by introducing new characters, and mind-blowing power levels. These fights have certainly kept us wanting for more. One of the interesting things that millions of fans around the globe want to see is if Son Goku can still use Ultra Instinct in his future battles.á

Do you agree with our Top 10 Dragon Ball Super fights? Which ones are your favorites?

Game of Merch: 9 Game of Thrones Items that Every Fan Should Have